Union public service commission (UPSC) has recently released the NDA Notification for 2023 on December 21. The application form will be available from December 21 to January 10, 2023. The examination will take place on April 16th, 2023. It is mandatory for all the applicants to register on the One Time Registration (OTR).

Without OTR candidates will not be allowed to appear in the examination. A total of 395 vacancies are announced to be vacant. This article is going to be very helpful for aspirants because all the details are discussed here.

NDA examination pattern 2023 is scheduled in two parts one is pen and paper mode another is GAT. In both papers, candidates need to answer objective type multiple choice questions.  The mathematics paper needs to be answered 120 questions for 300 marks. The GAT paper holds 150 questions for 600 marks. The time duration of both papers will be two and a half hours. The entire structure of the examination for 2023 is given below.

The union Public Service Commission has published a PDF that holds the entire syllabus for the written examination. The syllabus belongs to class 10, 11, and 12 levels. Although the syllabus is discussed and shared in PDF it is given below in brief.

Paper 1: Mathematics is paper I that contains algebra, Vector algebra, differential equations, trigonometry, calculus, integral calculus, analytical geometry of two and three dimensions and statistics, probability, matrices, and determinants. This paper consists of 300 marks. For this paper, candidates need to practice and determine efforts to improve their results.

Part A: English: In English questions will be taken from the Grammar portion, usage vocabulary, comprehension, and cohesion. For the general ability test, this paper has been provided. Candidates need to include new words to improve their vocabulary and they also need to improve their reading comprehension. This paper will check their English language and their capability for formal usage.

Part B: General Knowledge: for this paper candidates must have a vast knowledge of physics, Chemistry, social studies, general science, geography, and current events.

For Detail Syllabus Candidates Can Visit the Official Website.

When did the NDA 1 online form release?

Ans: the union public service commission released the notice on the official website on 21st December 2022. Candidates have to fill up the form to appear in the examination.

Ans: the authority said that the NDA I examination will be held on 16th April 2023.

What is the qualification of NDA?

Ans: candidates have to be 12th pass. For the Navy, Air Force, and Naval Academy candidates must study physics, chemistry, and mathematics in class 12.

Can female candidates apply for NDA?

Ans: yes female candidates can apply for the post.

How many hours of study are required to crack the NDA examination?

Ans: Every day two or three hours of study is mandatory on daily basis.

Can one crack the NDA examination on the first attempt?

Ans: yes, one can surely crack the NDA examination on the first attempt.

What is the NDA pattern?

Ans: NDA examination is divided into two categories. First, one will be held in a written mode in 900 marks (pen & paper) and the second one will be held as a personality Test (Interview round). 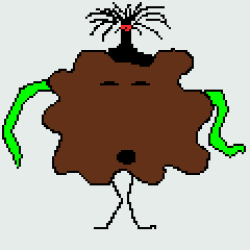