The UNHCR Education report 2023 portrays that more than 40 countries and above 10 million refugee children are under UNHCR mandate. Most of the students are school-aged. Data says that most refugee youths are eager to enhance their learning after higher secondary education but they are getting the opportunity.

What does the report say?

The increasing complexity of humanitarian emergencies includes protracted displacement situations and longer-term development planning. The refugee education system will follow the rules and regulations of the national educational system. Humanitarian emergencies take an important part in the data collection. Commendable progress of refugee education in the national education system creates various additional challenges. For instance lack of data on students, and enrolment is disaggregated and it is one of the crucial issues to persist in the foreseeable future.

As it is mentioned that there are more than 1 million refugee youths in more than 40 countries thus it can be difficult the track where and when they are accessing. Most importantly the national educational system requires Teacher training, salaries, new infrastructure, adequate and relevant learning materials (books), and safe transport from and to school.

Thus here limitations are taken into the account. It is a long journey to build up the entire system. It requires proper infrastructure.

Lewis Hamilton’s involvement in the journey

UNHCR aims to provide them the opportunities so that they can dream big. Non-refugee students are not only the ones who can develop and rebuild the future of the universe but also refugee youths. There is a disparity between them in the equal education system. If they do not get the opportunity then they may become afraid of getting or dreaming big. Accordingly, it will create a barrier on the path for them to achieve their dreams.

What are the necessary things?

As the percentage of tertiary enrolment is gradually increasing thus UNHCR is optimistic that the percentage may touch around 37%. Mr. Lewis says that education is the thing that can enable people’s horizons otherwise the barrier will be created along the way. If they get the chance to develop their skills as well as it will obviate the damages of systematic injustice.

If the damages of systematic injustice are obviated then it will create a large diversity in the world of sport, education, work, culture, and politics. Lewis campaigns for greater equality, fairness, and diversity in the field of education for refugee students. At the same time, he aims to extend the boundary of equality in motorsport. He stated for refugee students and youth in the national education system that he is proud to lend his voice.

According to him, talents are everywhere but everyone is not getting the opportunity and there’s a gap made. He wants to remove the gap so that everyone can do what they want to. These talents need to be nourished and polished to that they can achieve all things. Countries like Sudan, Ukraine, Kenya, and Myanmar are pursuing their educational system for refugee children despite facing a lot of issues. They are not concerned about the children but also ambitious teachers.

If teachers become well skilled and advanced then it will facilitate the path for the children to learn more things. They were compelled to displacement and the overall challenges of adopting new circumstances.

It is a long-term process but it is possible. The foremost thing is equality which takes an important part to execute the entire system. If equality comes into the national educational system for refugee youths and non-refugee youths then things will become easier. UNHCR is concerned about the educational system because it is the only thing that can help the country to move forward. 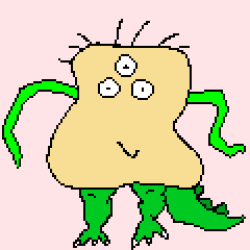