Goods & Services Tax (GST) is an innovative undertaking of the present Government. GST will serve as the substitute for the indirect tax imposed on commodities of consumption. By definition, GST will be a consumption based tax of National level on trade, production of goods and services.

GST (India) as a step for National growth has been lauded by many. It will boost our economy and will also accentuate ease of doing Business in the country. The Trade and Industry players will benefit the most from GST because all other indirect taxes being levied will be replaced by GST from July 1.

The country will see a phenomenal rise in Nation’s financial system as GST will be a single tax on any supply chain end-to-end from manufacturer to consumer. Additionally, credits at every stage will keep on adding, thereby making value addition at every level. A consumer will thus bear only the last charged GST of the supply chain but will be able to enjoy the benefits of the entire supply chain. You can check out State Wise GST Product Slabs and News in Hindi. 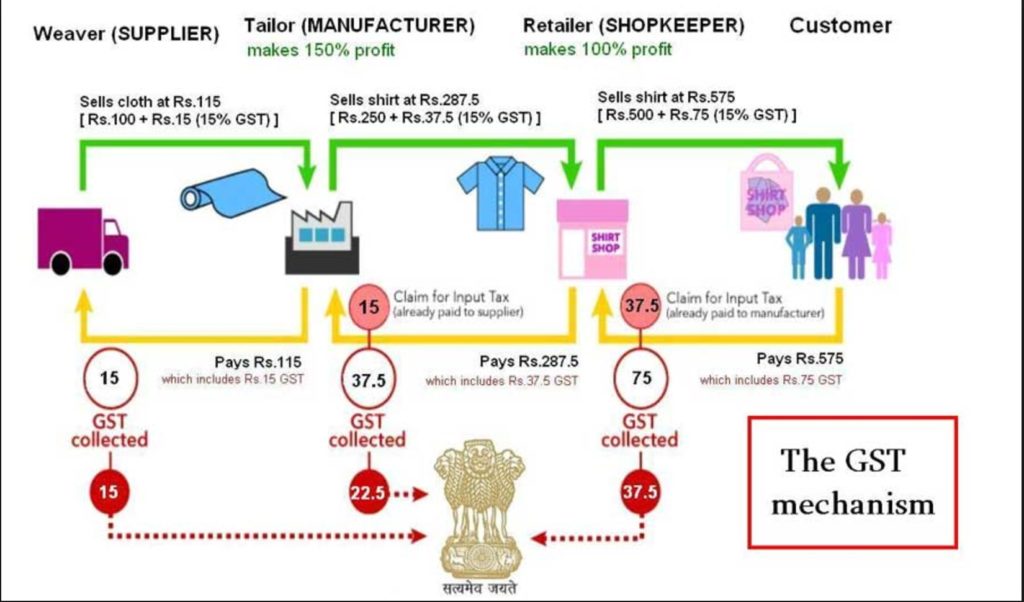 It is to be noted that GST will be an alternate to indirect tax only. It will not affect direct tax like income tax and corporate tax. Exports tax will also not be affected by the onset of GST as well as goods like diesel, crude petroleum, natural gas and aviation fuel will not be imposed Goods & Services Tax.

GST can be categorized in two forms-

Both CGST and SGST will be imposed simultaneously and equally keeping exempted goods and services at bay. Also, the exception would be all the transactions below the threshold set by the official norms. They won’t be charged any GST as they do not fall under the umbrella of prescribed tax-paying. There is also a provision for cross utilizing credits in between goods and services for both CGST and SGST. 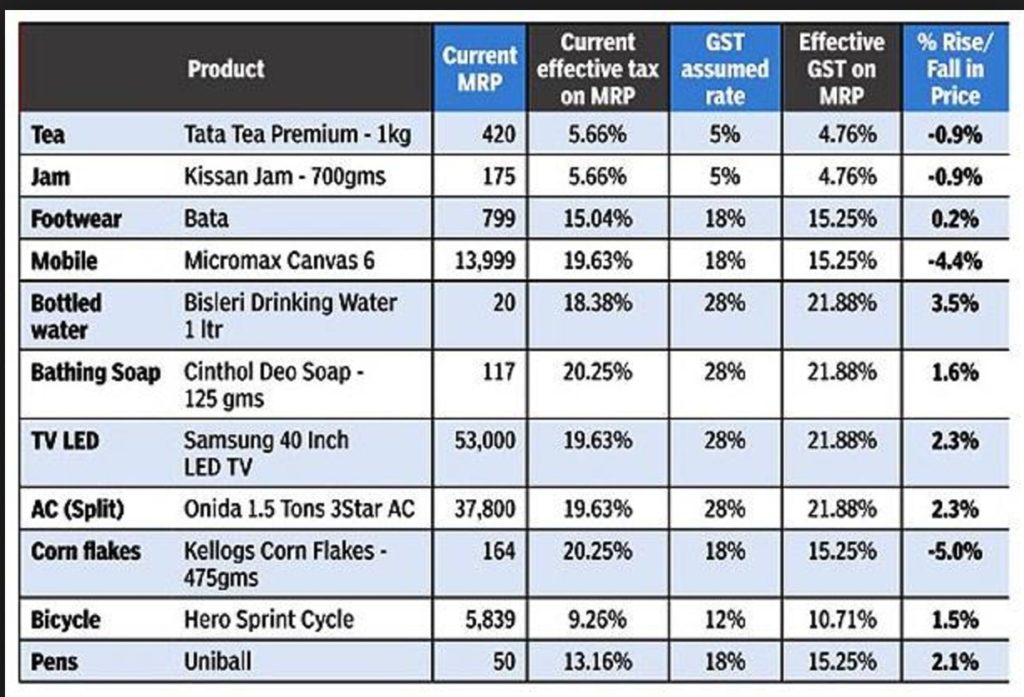 There is one more kind of GST- Integrated GST. This is slightly different than both explained above. IGST will only be imposed by Central Government on the interstate supply of goods and services. It will lead to an exclusively flawless course of the tax credit from one State to another. The onset of IGST comes under Article 269A (1) of the Indian Constitution. In totality, CGST and SGST will together result in IGST. You can check out e-GST Calculator and Online calculation of GST.

GST has many advantages which will become evident in the due course of time. It has to be accepted with an openness and belief in the betterment of the society in general. Also, it is a step in the direction of nation building. Even the Global leaders have lauded the introduction of GST by Hon’ble Prime Minister of India, Shri Narendra Modi.

GST VS Indirect Tax with Examples

The most beneficial feature would be the nation-wide electronic payment process without any hard copy need. Also, the challan generation would be via single layer interface. The payment mode would simplify furthermore. More features would be- common challan, the single instrument of payment, common accounting points and pre-determined set of authorized banks. 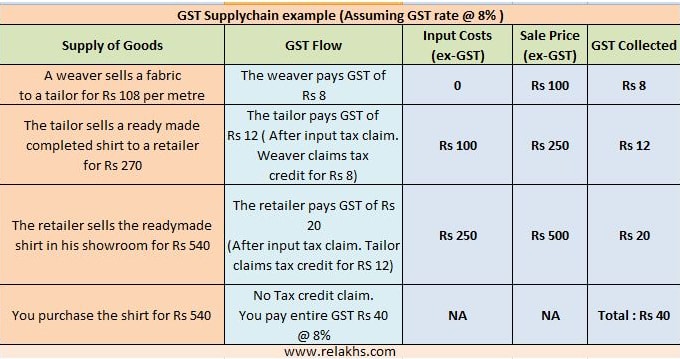 GST will reform the entire taxing structure of the nation and make it more transparent and simple. Markets will see a boom in export orientation. For general consumers, the prices on goods will become moderate in the long run. Also, it will boost up EODB as the overall costing decreases. The draw of a fair price is beneficial to both manufacturers and consumers. 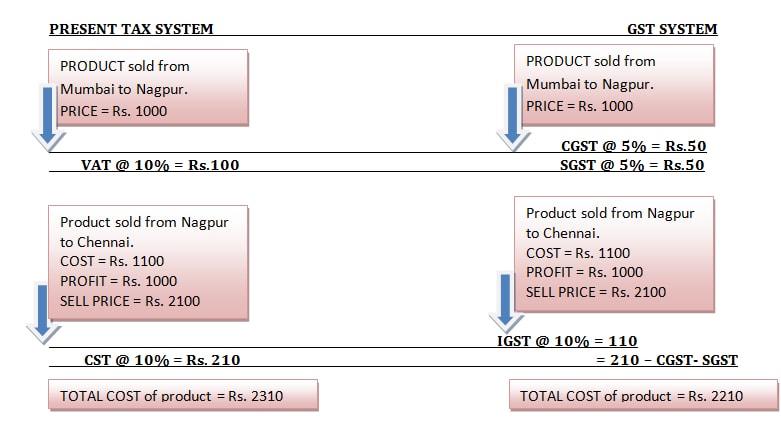 The tax burden would ultimately become less with GST. Corruption will subside with time as GST enroots. As more entities come under the GST umbrella, it will better the compliance strategy of the Government.

It is recommended to all to enroll for GST. It can be done with a few simple steps:

GST is a new concept for our country. However, it has been prevalent globally long enough. France introduced GST reform to build up its economy in 1954. Following suit, after analyzing its positive impact, almost 140 countries have till now induced GST in their governance. India is also hopeful for the positive reforms that GST will bring. 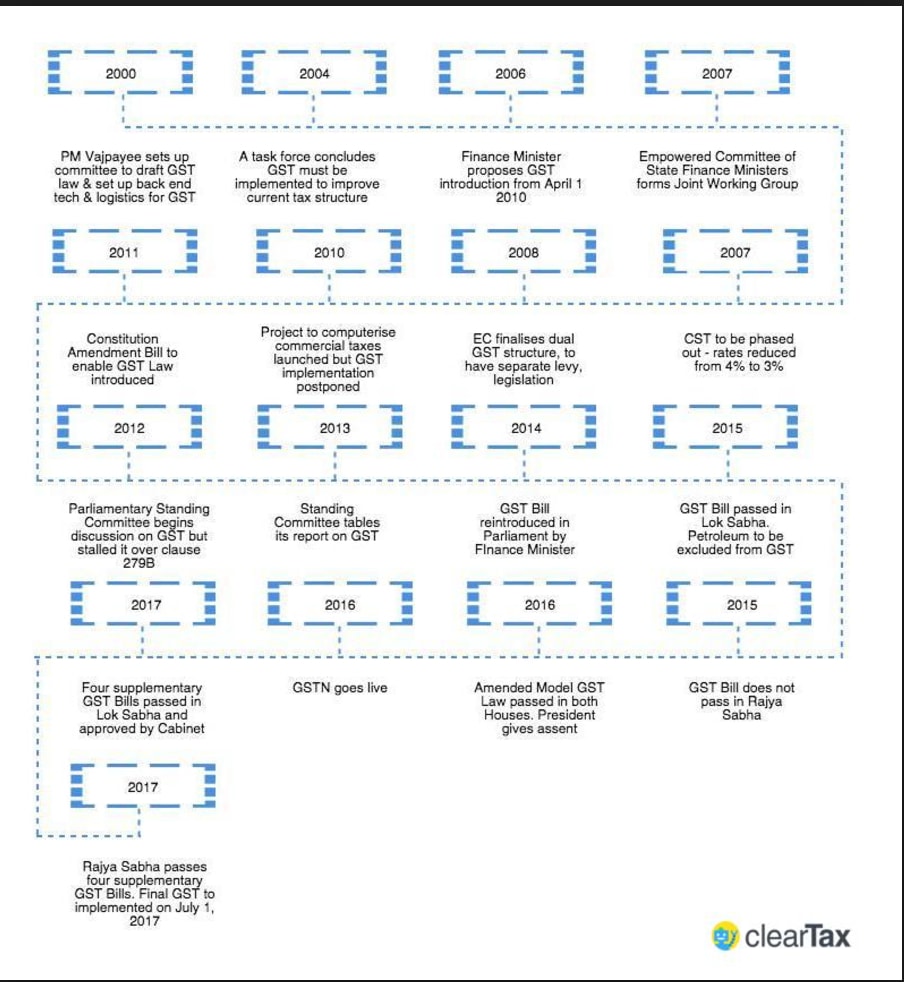 On the sidelines of the positive impact of GST, there are also many negative assumptions and premonitions for this tax reform. Many linkages and sections of goods and services supply chain have not accepted it fully. One of the main reasons is the concept of dual taxation by both center and State in the form of CGST and SGST. GST as a tax reform will show its real results in a few months after its implementation from July 1, 2017.